You are at:Home»Equity ETF Channel»Stock Market Takes a Breather after Extended Gains 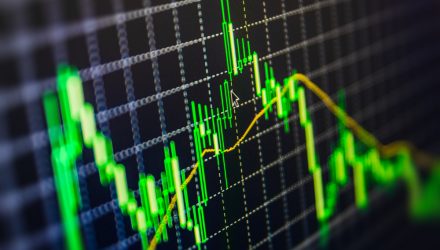 “When you get a highly speculative market things can turn, really off notice,” Rick Meckler, a partner at Cherry Lane Investments, told Reuters. “Its a small correction in the sense that the dominating feature to these markets remain low interest rates, the passage to Biden’s package – whether it’s as big as they hoped or whether it’s a slightly scaled down version.”

U.S. equities have been climbing on bets over additional fiscal stimulus to prop up a flagging economy and a quicker vaccine rollout.

President Joe Biden has agreed to a proposal offered by Democratic lawmakers to limit stimulus payments for higher-income earners as part of the new $1.9 trillion coronavirus relief bill.

Investor sentiment has also been supported by a strong quarterly earnings result, which have been largely better than expected.

“As long as earnings estimates are going up, stocks are going up,” Andrew Slimmon, a managing director and portfolio manager at Morgan Stanley Investment Management, told the Wall Street Journal. “The magnitude of the earnings beats we have seen are so great because earnings have been way underestimated.”

Meanwhile, the latest economic data revealed U.S. consumer prices rose moderately in January, but the underlying inflation gauge remained muted amid a pandemic that has kept pressure on the labor market and services industry. The Federal Reserve has stated its intent to allow for higher prices “for some time” after years of inflation running below its 2% target. Nevertheless, some are still worried about runaway inflation.

“No one is worried about the size of the stimulus package, as long as it is quite big,” he said. “The challenges are more on whether it is too big and whether you can have too much of a good thing,” Altaf Kassam, head of investment strategy for State Street Global Advisors in Europe, told the WSJ.