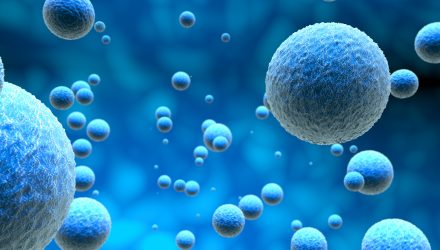 The results may have caught investors off guard as Citi issued a downgrade on MGNX to sell on Monday.

SVB Leerink analyst Jonathan Chang wrote in a note that “little value for the drug in the indication was represented in the stock going into the results,” according to Bloomberg.

The Loncar Cancer Immunotheraphy ETF tries to reflect the performance of the Loncar Cancer Immunotherapy Index, which was developed by biotechnology investor Brad Loncar. The underlying index tracks large pharmaceutical and growth-oriented biotechnology companies in the cancer treatment space. Specifically, the index tracks companies that are developing new classes of therapies, like checkpoint inhibitors, next generation vaccines and chimeric antigen receptor (CAR) technologies.

For more information on  the biotech sector, visit our biotechnology category.