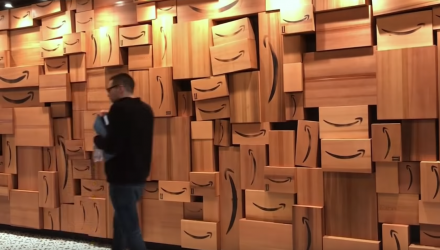 “No Go” in New York City

Amazon is scrapping its plans to build a corporate campus in New York City after caving in to mounting opposition from local residents and politicians.

The announcement came as New York Governor Andrew Cuomo and New York City Mayor Bill de Blasio were pushing hard to bring the online retail giant in with the prospect of creating over 40,000 jobs in the next 20 years with an average salary of $150,000.

However, the move met heavy opposition after the proposed deal would include over $3 billion in government subsidies amid budget cuts. Furthermore, residents feared that rising rents as a result of Amazon’s arrival would drive out longtime residents in the process and an influx of new workers would exacerbate over crowdedness in the subway systems.

The announcement comes after Amazon executives were heavily questioned regarding the proposal on topics, such as unions, jobs, local neighborhoods, and taxes. To some analysts, the move was seen as critical as New York City could no longer lean on Wall Street to be a major economic hub.

Instead, Amazon’s arrival would help the city use tech as another viable source of economic activity.

Furthermore, other analysts fear that this could prevent future businesses from setting up shop in New York City for fear of similar opposition.