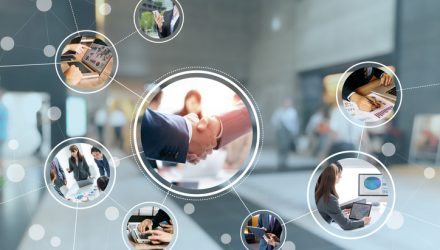 U.S. markets and stock exchange traded funds bounced higher Thursday after a back-to-back decline as the energy sector helped lift the broader market higher in response to a sharp rise in oil prices, following suspected attacks on oil tankers in the Gulf of Oman.

Crude oil prices surged a day after touching five-month lows after an series of attacks near Iran and the Strait of Hormuz, which sees a fifth of global oil trafficked through, Reuters reports. Meanwhile, the S&P energy index climbed on the sudden price spike and was the best performing area of the 11 major S&P sectors.

“Chevron and Exxon Mobil were two of the session’s better performers, as the markets continue to digest news of oil tanker blasts in the Gulf of Oman,” Connor Campbell, financial analyst at Spreadex, told Reuters.

The risk-on attitude was also being supported by the ongoing hopes that the Federal Reserve will cut its benchmark interest rates in response to a slowing global economy due to an escalating trade war between the U.S. and China.

Nevertheless, some of that enthusiasm has been muted over the recent sessions as investors remained cautious ahead of a meeting of the Federal Reserve policymakers and the G20 summit.

The Fed will meet on June 18-19, and markets have already priced in at least three rate cuts in 2019.

On the trade side, market observers were doubtful of any improvement in what President Donald Trump called “testy” trade relations with China ahead of the G20 summit later in the month.

“The sentiment around trade talks is generally more dire. I think you’re going to see the Fed being very tempered on rate cuts and we’re going to see these muted gains as we gauge how severe the economic downturn is,” Matt Lloyd, chief investment officer at Advisors Asset Management, told Reuters.