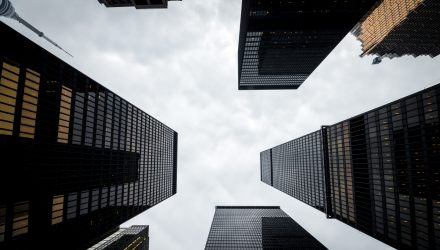 U.S. markets and stock ETFs continued to march toward record highs as investors cogitated on the moderating inflation data and Federal Reserve’s minutes.

The latest minutes out of the Fed’s last meeting revealed officials exhibited a greater conviction that they would not change interest rates this year, the Wall Street Journal reports.

The Fed’s more patient approach to monetary policy and interest rate hikes have helped lift U.S. markets in recent weeks. Additionally, while economic growth is slowing, some market observers argued that the economy is still stable enough to support corporate profitability without fueling inflationary pressures that would lead to a more hawkish Fed stance.

“[Investors] are emboldened to take risk because they’re convinced the central bankers have their back,” Lisa Shalett, chief investment officer at Morgan Stanley Wealth Management, told the WSJ.

Earlier in the day, data showed the consumer price index was up less than anticipated over March, the latest signal that underlying pricing pressures remain muted amid a backdrop of slowing domestic and global economic growth. However, higher energy prices did help push up overall inflation last month.

“The news of inflation staying at healthy levels is good news because it gives the Fed time to be patient before they decide what they should be doing next,” Marco Pirondini, head of U.S. equities at Amundi Pioneer Asset Management, told Reuters. “It supports the new dovish stance that they have taken despite the fact that employment market is so strong and that’s supportive of risk assets.”

The recent caution among central bankers come as policy makers watch the ongoing trade tensions around the world, with the U.S. fanning the flames after laying out $11 billion worth of new tariffs on European Union goods. Some market watchers warn that similar moves could pressure global growth even if the U.S. and China reach a trade agreement.