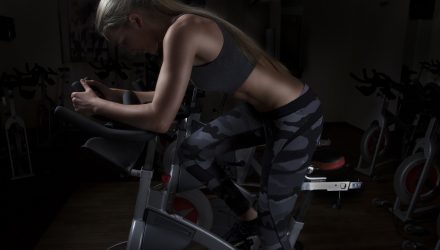 Fitness-tech company Peloton Interactive’s stock traded 6.5% lower in early market trading Tuesday after the company announced its results for the first quarter of fiscal 2020. Peloton reported sales of $228 million and an EPS of -$1.29.

Following the release of its IPO in late September, analysts expected Peloton’s sales to be $196.86 million with an EPS of -$0.4 for the first quarter, and while the company easily beat the top-line estimate, it strayed from the earnings forecast by a huge margin. In the December quarter, the company anticipated sales between $410 million and $420 million, which was considerably more than analysts’ estimates of $384.26 million. In fiscal 2020, Peloton expects sales between $1.45 billion and $1.5 billion, which is also above analysts’ consensus estimates of $1.35 billion.

Connected fitness subscribers (defined as members with paid subscriptions) more than doubled, reaching 560,000 from a year ago. And although the fitness company’s first fiscal quarter earnings largely beat analyst expectations, its losses were heavier than expected.

Investors were unimpressed with the results, sending shares sharply lower in early trade on Tuesday.

Not Concerned With Investor Reaction

“The stock going backwards is a bit of a head-scratcher, I’ve got to be totally honest with you,” co-founder and CEO John Foley said on “Squawk on the Street.”

“For us, profitability is a managed outcome,” CEO John Foley said on a call with analysts. “We’ve said this before—our bike business is profitable, and because of our gorgeous unit economics … it will continue to be profitable.” And, what’s more, Foley declared, “If we pull back on growth we could be profitable tomorrow.”

Peloton is putting much of its focus on international expansion, new products, digital, new content and opening more studios around the world, Foley told analysts in Tuesday’s earnings call.

Related: Peloton IPO Begins Trading on Nasdaq at $29 a Share