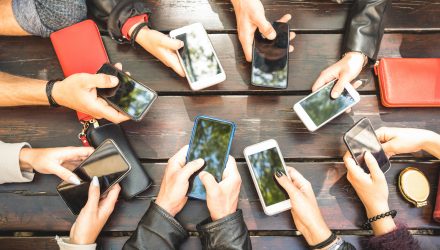 Apple’s 2019 iPhones are expected to be not much different from the current one. But, if a trusted source is to be believed, then 2019 iPhones could come with some innovative features, like the capability to wirelessly charge other devices.

This latest information comes from trusted Apple analyst Ming-Chi Kuo, whose latest research note (via 9to5mac) detail Apple’s plans for 2019. Kuo notes that Apple’s 2019 iPhones would be similar to 2018, and will likely include a 6.1-inch LCD model, and 6.5-inch and 5.8-inch OLED models.

Talking of the changes, Kuo says the iPhone XR successor could get 4GB RAM. And, the new features common to all the 2019 iPhones would be larger batteries, frosted glass casing, new technology for indoor positioning and navigation and the so-called “bilateral” wireless charging or the ability to charge other devices. Further, Kuo says all the new models would get Lightning connectors, instead of the USB-C.

In terms of design, Kuo says all the 2019 iPhones would feature the same notch as the current models. It must be noted that earlier rumors have talked of new iPhones getting a smaller notch.

Moreover, the new models would also keep Apple’s TrueDepth camera. Kuo, however, notes that Apple may slightly update the TrueDepth with a higher-power flood illuminator for better Face ID recognition.

Kuo made no mention of a laser for rear-facing depth mapping, a rumor that has been making rounds recently. Such technology would help in photography and augmented reality as well.

Previous rumors for Apple’s 2019 iPhones claim that the company will shift to USB-C in 2019. With this, all of Apple’s mainline devices will shift to the USB-C, allowing the use of one cable across the entire lineup for data and charging. On the other hand, such a move could trigger complaints related to accessory incompatibility, something similar to what happened when the company shifted to Lightning from the 30-pin connector in 2012.

The 2019 iPhones would adopt the A13 chips. Usually, chip upgrades bring improved performance and efficiency, and the A13 will be no different. Talking of display some rumors say that the 2019 lineup would be all OLED, while some say that Apple will stick with one LCD model due to cost factor.