You are at:Home»Innovative ETFs Channel»Market Crash Warning: The Trap Door Has Opened 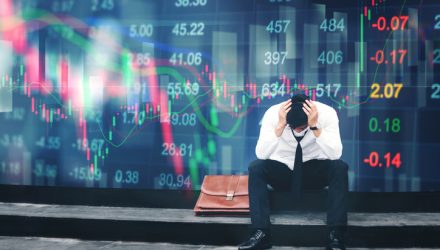 By Avi Gilburt via Iris.xyz.

I love reading about all the good news in the market. This past week, we saw U.S. jobless claims dip to 211,000, and they are now near half-century lows. We also saw U.S. consumer sentiment reach a 15-year high. So, what could go wrong?

. . . financial markets never collapse when things look bad. In fact, quite the contrary is true. Before contractions begin, macroeconomic flows always look fine. That is why the vast majority of economists always proclaim the economy to be in excellent health just before it swoons.

Moreover, the fact that consumer sentiment is hitting major highs is often a warning to the financial markets.

The cause of economic despair, however, is human nature’s propensity to sway from fear to euphoria and back, a condition that no economic paradigm has proved capable of suppressing without severe hardship. Regulation, the alleged effective solution to today’s crisis, has never been able to eliminate history’s crises.

And, when the market made a new all-time high in April, and some of the major banks and analysts were still calling for a “melt-up” to begin at that time, it seemed quite clear we were hitting euphoric levels, especially with the market rallying non-stop off the December 2018 lows.

In fact, when Apple (AAPL [NGS] – $178.97 Trade) hit the 215 region on the first day of May, many thought me crazy for shorting it at that time, especially when it was hitting those highs after what was supposedly a phenomenal earnings announcement. But, that has been one heck of a profitable trade for which I was supposedly crazy to enter.

Indeed, we were seeing points of euphoria throughout the market.