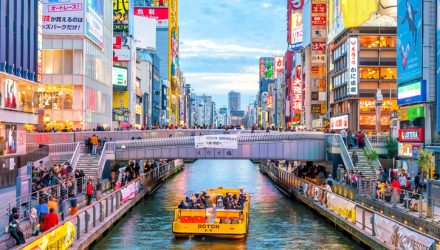 Since the deployment of Abe’s so-called arrows under his flagship Abenomics platform, Japan’s sock market has been the second-best major global performer over the past decade, following behind the U.S., and the reforms are still making a positive effect, the Wall Street Journal reports.

Governance changes have made large Japanese companies more focused on shareholder returns. Investors can more easily pressure the highers up to enact changes, including the disentangling of Japan’s tangled cross-shareholdings. It was also under activist pressure that Sony unloaded its 5% stake in medical-device maker Olympus this year.

Furthermore, Japanese companies have generated more cash for shareholders in recent years, and the dividend growth projections continue to rise. Dividend yields are now decent enough and are much more attractive when compared to Japan’s near zero bond yields. Buybacks this year hit roughly the 2018 total as of June, have more than quadrupled under Abe and could further increase ahead.

U.S. investors have also benefited since the gap in in interest rates between the two countries helped dollar-based investors generate extra returns through hedging currency exposure.