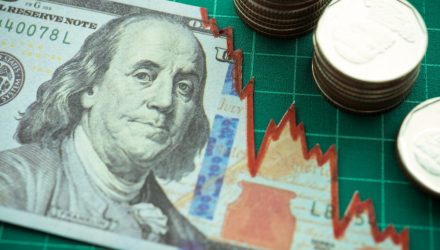 While Federal Reserve Chairman Jerome Powell is worried about raising interest rates too high and pushing the economy into a recession, he’s more concerned about the risk of failing to stamp out high inflation.

Speaking at a moderated panel at the European Central Bank’s annual economic policy conference in Portugal on Wednesday, Powell said: “Is there a risk we would go too far [with rate hikes]? Certainly there’s a risk,” before adding: “But I wouldn’t agree that that is the biggest risk to the economy. The bigger mistake to make would be to fail to restore price stability.”

Powell told conference attendees: “The economy is being driven by very different forces. What we don’t know is whether we’ll be going back to something that looks like, or a little bit like, what we had before,”

Fed officials have initiated an aggressive series of rate hikes at a pace not seen since the 1980s to combat inflation, which is the highest it has been in decades. Earlier this month, Fed officials voted to implement a rate hike of 75 basis points, the first time it has approved an increase of that size since 1994.

Powell justified the Fed’s hawkish pace, saying that the central bank had to raise rates rapidly, even if that raises the risk of recession, to avoid higher inflation taking root, which he believes could be a worse danger for the economy.

“There’s a clock running here,” Powell said. “The risk is that because of the multiplicity of shocks, you start to transition into a higher-inflation regime. Our job is to prevent that from happening.”

In addition to supply chain disruptions exacerbated by the pandemic, Powell said the war in Ukraine has “added tremendously” to inflation pressures, which has made the Fed’s role in stabilizing prices and keeping employment strong “a different exercise from the one that we’ve had for the past 25 years.”

While a growing number of analysts and economists worry that such aggressive moves could push the economy into a recession, Powell believes the U.S. economy is strong enough to withstand a moderation in growth, since households and businesses are both in strong financial shape.

While investors, consumers, and analysts wait and see how the Fed’s moves play out, Treasury-inflation protected securities (TIPS) can help stem the tide of rising inflation. The principal balance of TIPS increases as inflation rises, and investors are paid the original balance or the inflation-adjusted balance, whichever is greater.

Investors looking to protect their portfolios from rising inflation may want to consider the Invesco PureBeta 0-5 Yr US TIPS ETF (PBTP). PBTP seeks to track the investment results of the ICE BofA 0-5 Year US Inflation-Linked Treasury Index. The fund generally will invest at least 80% of its total assets in the securities that comprise the underlying index.

The index is designed to measure the performance of the shorter maturity subset of the U.S. TIPS market, represented by TIPS with a remaining maturity of at least one month and less than five years. Fewer years mean investors are less exposed to duration risk.