You are at:Home»Innovative ETFs Channel»Facebook’s Libra Cryptocurrency Is the Future of Fintech 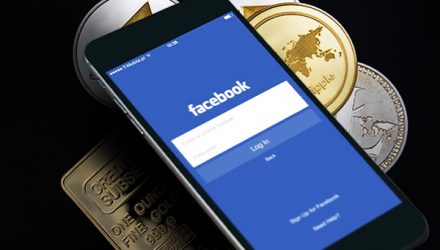 Facebook’s Libra Cryptocurrency Is the Future of Fintech

From its humble beginnings as a platform to stalk your high school girlfriend, the social media giant has evolved to become one of the world’s largest and most influential advertisers, news aggregators and data gatherers.

We can now add “fintech firm” to that list. This week Facebook released a whitepaper formally introducing the world to its highly anticipated cryptocurrency. But don’t get excited just yet. Libra, as the coin is called, won’t arrive until sometime next year.

As I see it, Libra is by far the most ambitious foray into cryptocurrencies since bitcoin itself came on to the scene 10 years ago. Whether you’re a crypto novice, or whether you’ve been a bitcoin enthusiast since day one, this development is well worth your attention.

There are a number of key differences between bitcoin and Libra, some of which I’ll get into. But for now, I think the biggest distinction lies in its sheer scalability. Whereas it’s taken bitcoin years since its inception to break into the public consciousness, Libra has the benefit of being made available on a massive social media platform that boasts as many as 2.4 billion users worldwide.

And whereas relatively few people overall, even now, own or have owned bitcoin—a recent survey estimated the ownership rate in the U.S. to be around 9 percent—I would bet good money that Libra adoption will multiply exponentially.

As proof, just take a look at the growth in Venmo’s payment volume. The PayPal-owned payment app reported an eye-opening $21 billion in transactions in the first quarter, up more than 1,500 percent from the same period only four years earlier.

Cryptocurrencies Have Had Greater Adoption in Economies With Troubled Currencies

I know what you may be thinking. With perfectly fine online payment services available already—Venmo, Apple Pay, WePay, Square and more—why does the world need Libra?

The difference is that, unlike the systems I just mentioned, Libra payments will be peer-to-peer. No banking account or credit card is required. This makes the digital coin ideal not just for those seeking to bypass banks and avoid high transfer fees, but also the millions of people around the globe “who don’t have access to traditional banks or financial services,” Facebook CEO Mark Zuckerberg wrote in a post Tuesday morning. According to Zuck, there are an estimated 1 billion people who lack access to banks but who do have a mobile phone.

I imagine Libra will also do well in economies whose currencies have been knocked down lately. At 20 percent, bitcoin adoption is highest in Turkey, where the lira has fallen 19 percent over the past 12 months. This is followed by Brazil (18 percent adoption), Colombia (18 percent), Argentina (16 percent) and South Africa (16 percent), according to the Statista Global Consumer Survey.

There’s much that we still need to learn about Libra. But some details have been made public.

One of the big surprises is that the digital coin will be “governed” by the independent, non-profit Libra Association, of which Facebook will be an equal member. At the moment, the association consists of 27 organizations, but Zuckerberg says that he’s hoping for 100 by the time the network launches next year. Among the “founding members” are some household names such as Mastercard, PayPal, Visa, eBay, Lyft, Uber and Spotify.

According to its whitepaper, Libra will be based on blockchain technology like bitcoin, but unlike the world’s first cryptocurrency, it will be backed by a reserve of assets, including a basket of bank deposits and short-term government bonds. This is designed to make Libra a stable, “low-volatility cryptocurrency.” Again, I believe this should appeal to people who are tired of the whipsaws in their own currencies.

To facilitate portability and transactions, Facebook is set to launch a digital wallet it calls Calibra, which will be accessible via Messenger and WhatsApp—both within the Facebook ecosystem.

“From the beginning, Calibra will let you send Libra to almost anyone with a smartphone at low to no cost,” including across borders, according to Zuckerberg. “Over time, we hope to offer more services for people and businesses—like paying bills with the push of a button, buying coffee with the scan of a code, or riding public transit without needing to carry cash or a metro pass.”

Shares of Facebook ended the day down roughly 0.30 percent following the news. I was happy to see that bitcoin broke above $9,000, mostly on improved sentiment and the continued maturation of the crypto industry.

For more of my thoughts on what Libra could mean for bitcoin, watch my interview with Kitco’s Daniela Cambone by clicking here!

Holdings may change daily. Holdings are reported as of the most recent quarter-end. None of the securities mentioned in the article were held by any accounts managed by U.S. Global Investors as of 3/31/2019.