You are at:Home»Featured»Facebook Libra: Weighing The Pros And Cons 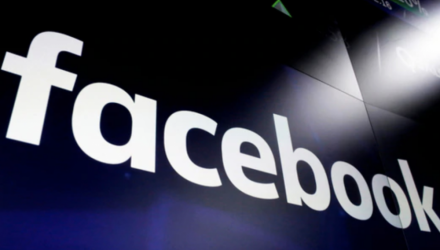 By Agustin Lebron via Iris.xyz.

By now you’ve probably heard of Facebook’s latest take-over-the-world proposal: Libra. And perhaps your clients, family and friends are asking you about it already. What is it? Does this affect me? Should I care? In this article we’ll examine this question from the perspective of the investment advisor faced with answering these questions.

Libra is Facebook’s attempt to enter the cryptocurrency world. And with Facebook’s reach and market dominance, this attempt could well be successful. But what is it, exactly? Well, according to the whitepaper put out by the Libra Association, Libra is a cryptocurrency whose goal is to facilitate the creation of a parallel financial infrastructure that isn’t necessarily tied to any specific country, currency, or existing regulatory framework. The natural question is: how does Libra propose to do this?

Backed by a basket

Libra claims that every token issued will be backed not by promises, nor by dollars, but rather by a “basket of bank deposits and short-term government securities […] held in the Libra Reserve”. Instead of the value of the Libra being tied to a specific currency (usually dollars, known as a stablecoin), its value will fluctuate based on prevailing exchange rates and the specific composition of the basket. This immediately raises some interesting questions:

• How is this basket determined, and how does it change over time? The Libra whitepaper says that “the association may occasionally change the composition of the basket…” but doesn’t specify exactly what processes and events would lead to those changes. It’s early days yet, but potential investors will need to get a lot more detail on this question in order to understand how Libra value will change over time.

• Currency deposits pay interest. Will Libra deposits do the same? The answer is a clear no: the currency basket in which Libra will hold the money backing it will pay interest, but that interest will be kept by the association and investors the so-called Libra Investment Token.

• Where is this money being held? The whitepaper states: “The reserve will be held by a geographically distributed network of custodians with investment-grade credit rating to limit counterparty risk.” Again questions: who determines the counterparty risk? Are these geographically distributed custodians insured against each other’s failure? Under which set of laws are disputes resolved?

Other questions also present themselves. In particular, what happens when your real-world job pays you in dollars but most of your expenses are denominated a currency whose value fluctuates with respect to the dollar? Imagine living in the US but getting paid in Japanese yen.