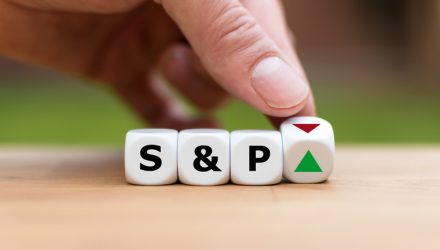 Ahead of the earnings season, ETF investors have piled into broad stock ETFs, revealing their overall optimism for quarterly corporate results ahead.

The three S&P 500 Index-related ETFs attracted more cash than any other funds in one of their best weeks of 2019.

Steven DeSanctis, a U.S. stocks strategist for Jefferies, said investors were “all-in on equities” as most of the cash that flowed into ETFs last week went to large-cap funds designed as core holdings.

The hefty inflows come in a time when U.S. markets were pushing toward new records amid growing concern over the equity market’s ability to sustain the forward moment after rising 20% this y ear.

Nevertheless, some pointed to an all but certain interest rate cut out of the Federal Reserve later this month, which could further support the risk-on attitude. However, lingering concerns over the slowing global and domestic economy due to an extended trade war have weighed on investors minds, especially as companies are set to post their first profit decline since 2016.

According to FactSet data, the S&P 500 is expected to post earnings decline of -3.0%, and if the projects are accurate, it would mark the first time the index reported two consecutive quarters of year-over-year earnings drops since Q1 2016 and Q2 2016.

Nevertheless, some investors are betting that companies have taken on an excessively pessimistic outlook and that actual earnings results could be better than expected, similar to what happened in the previous earnings season.