You are at:Home»Innovative ETFs Channel»As eSports Matures, This ETF Could Surge in 2019 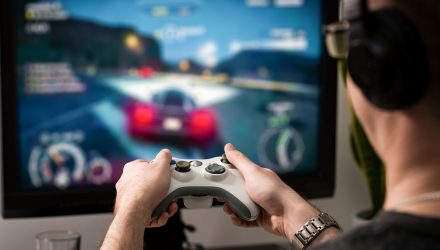 As eSports Matures, This ETF Could Surge in 2019

Last year was seen as a foundational year for the booming esports industry, indicating the debut of the VanEck Vectors Video Gaming and eSports ETF (NYSEArca: ESPO) in October could prove to be well-timed.

Already up more than 10% to start 2019, data indicate more upside could be ahead for the $7.4 million ESPO.

“Research firms like Statista estimate that global revenues for the wildly popular, still nascent sector may even surpass that milestone this year — particularly because of the number of companies and investors getting in on the esports market,” reports CNBC. “Estimates from Newzoo project that the global esports market will exceed $1.6 billion by 2021.”

Gaming On The Rise

ESPO will take aim at in industry that is already garnering more interest than traditional sporting events like the MLB and NHL. The growth trajectory of the esports industry is impressive with teams raising funding from venture capitalists and TV ratings for esports events soaring.

The esports market boasts 380 million people globally and has been experiencing exponential growth in just a short span–40% average growth since 2015. Additionally, the growth of eSports has also sparked a gush of revenue, which equates to a 175% growth per person since 2014.