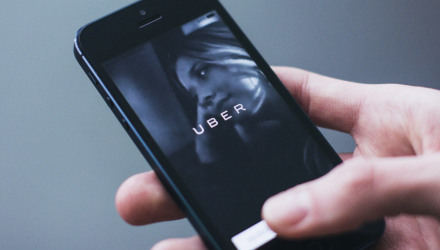 The Dumbest Thing You Can Do with Your Money in 2019

When was the last time you took a cab?

I mean a real yellow taxicab, with a light on the roof and a fare meter running.

I don’t even own a car, and I haven’t climbed into a cab in years.

That’s not because I never go anywhere. I travel all the time for research.

Instead of taking cabs, I “Uber” everywhere.

You surely know all about Uber by now…

Its technology allows anyone with a smartphone to drive their own personal vehicle like a taxi.

Uber isn’t in the business of owning cars. It doesn’t employ drivers. Instead its “app” connects drivers with people who want a ride.

Uber sets the price of the ride and facilitates the transaction. The driver keeps most of the fare, and Uber takes a 20% cut on average.

“Ubering” is so popular it has become a verb.

An IPO, as you may know, is when a company first sells shares in the public markets. It marks the first time individual investors can buy the stock.

IPOs carry a special allure. Investors dream of “getting in on the ground floor” and riding the stock to 20x–30x profits.

As a RiskHedge reader, you know collecting profits of 20x or better is possible if you identify disruptive stocks early on.

Uber is certainly disruptive. But as I’ll show you, it’s a HORRIBLE investment.

Uber burns more cash than any company I’ve ever seen.

It is dangerously unprofitable.

Its IPO documents show it lost $1 billion on $3 billion in sales in just the past three months.

Now some might say: “Stephen, it’s no big deal that Uber makes no money. Amazon made little profit for its first couple of years and it’s been an incredible investment. Its stock has soared 100,000% since its IPO. I want to get in on the ground floor of Uber like many did with Amazon!”

It’s true that early investors in Amazon (AMZN) got rich. It’s also true that Amazon lost money in its first seven years of business. From 1996 to 2002, it burned through around $3 billion.