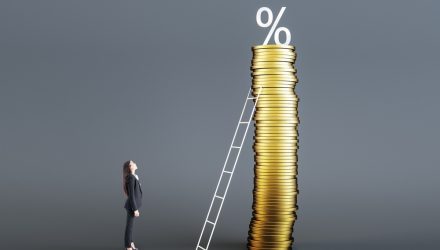 U.S. Treasury yields rose yet again on Thursday after the Federal Reserve announced its largest rate hike since 1994. Following the Fed raising interest rates by 0.75%, the yield on the 10-year Treasury note went up 5.7 basis points to 3.439%. Prior to the Fed’s announcement, bonds dropped sharply on Friday and again on Monday and Tuesday, pushing Treasury yields to their highest levels in more than a decade.

Fed Chair Jerome Powell said at a press conference on Wednesday that the U.S. central bank could implement another rate hike of that magnitude in July. While the Fed didn’t go so far as to predict a recession, it did cut its economic growth forecast and raise its unemployment outlook.

A report from MarketWatch quoted ActivTrades technical analyst Pierre Veyret as saying that this “record 75bp rate hike decision isn’t helping credit and stock markets trading higher today, but most of the current sell-off seems to be coming from major worries that the Fed is willing to accept worsening economic conditions … in its fight against the pressure brought by rising prices.”

With credit markets looking dire, bond laddering may be a simple way for fixed income investors to mitigate risk.

“A laddered portfolio consists of bonds with varying terms to maturity, often with a consistent period of time between each maturity,” according to Invesco. “By creating such a portfolio, an investor will have bonds maturing periodically, allowing the proceeds to be reinvested into new bonds, held as cash in the account, or invested into some other instrument.”

With the Fed ratcheting up rates at a higher — and faster — rate than previously expected, building a portfolio of bond positions with varying maturities may stave off rate risk, as it allows the investor to re-invest in new bonds with higher rates. Laddering could avoid the concentration risk of getting stuck in one specific bond maturity. Plus, investing in bonds via the ETF wrapper also addresses bond markets’ inherent liquidity issues.

Invesco allows investors to build a bond laddering strategy through its BulletShares ETFs, which use maturity dates as soon as 2022 and as late as 2030.

“Creating a bond ladder with BulletShares ETFs can help mitigate these potential problems. The securities in the BulletShares ETFs have all been subjected to institutional-level research scrutiny,” Invesco added. “Trade execution is facilitated by designated market makers, assuring a competitive and transparent price at any given time, and all of these ETFs hold a basket of individual issues, which helps diversify credit risk.”