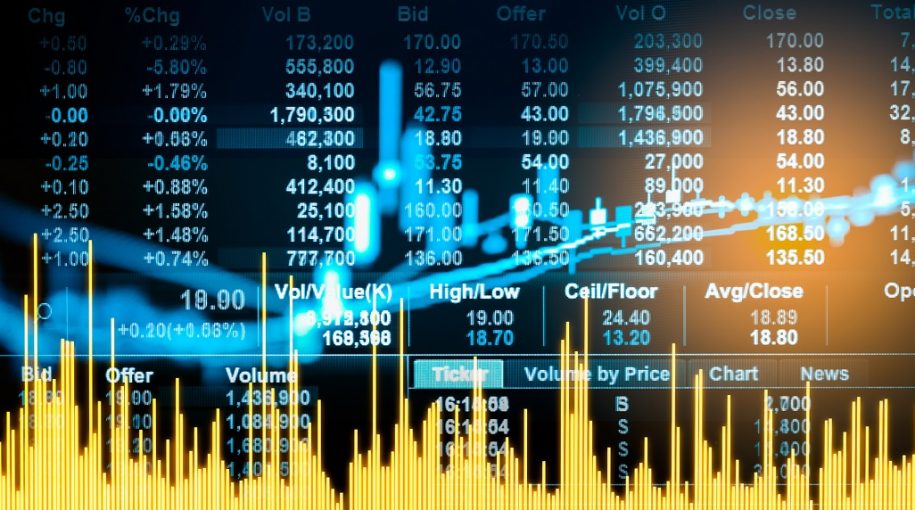 The Dow Jones Industrial Average and S&P 500 are up about 0.25% Thursday, while the Nasdaq is still negative and holding markets back, as they are making an attempt to stabilize after the carnage yesterday related to the yield curve inversion, which has heralded a recession for the last 50 years.

All three indices plummeted about 3%, with the Dow’s posting an 800-point loss on Wednesday amid the recession signal from the bond market. The stock market took a huge hit in the previous session with the Dow plunging in its fourth-largest point drop ever to a two-month low. The Dow’s 3% fall was the worst this year. The S&P 500 also slid nearly 3%.

The CBOE Volatility Index (VIX), aka Wall Street’s fear gauge, jumped to a high of 24 on Wednesday, up from under 12 late last month, signalling investors are frantic. It has since settled some, but is still inflamed, stagnating in the 21 area, as markets digest news out of China today.

Stocks crawled higher in morning after a deeper selloff overnight, trailing news that a representative at China’s Ministry of Foreign Affairs, said China “hopes the U.S. will meet China halfway and implement the consensus reached by the two leaders during their meeting in Osaka,” generating a positive outlook for a resolution between the two countries.

“The market is confused about what the likely outcome is,” said Brent Schutte, chief investment strategist at Northwestern Mutual. “In the past there’s been pronouncements of positive steps that led nowhere, which I think leads the market to still be skeptical.”

Investors are still on edge due to the yield curve, which, as of Thursday, has been drifting around the inversion point. The yield on the 30-year Treasury bond also fell to a new historic low.

“The 2-10 inversion is sending a massively negative signal that stocks are having a difficult time ignoring,” Adam Crisafulli, a J.P. Morgan managing director, said in a note Wednesday.

For investors seeking higher yields, the iShares National Muni Bond ETF (NYSEArca: MUB) is up nearly 6% year-to-date and some market observers believe municipal bonds can continue delivering upside in the second half of 2019, especially given that Treasury yields may start to flag.