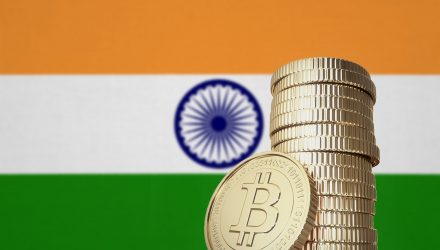 While bitcoin, the largest digital currency by market capitalization, is trying to cobble together some gains to start the third quarter, India is moving forward with plans to ban cryptocurrency transactions.

“According to various media outlets, the Reserve Bank of India (RBI) will now succeed in implementing its ban on cryptocurrency business support on July 5,” reports Bitcoinist. “Exchanges and any other business dealing in cryptocurrency will no longer have access to banking services under the ban, meaning traders will be barred from withdrawing rupees via those businesses.”

Earlier this year, RBI said regulated financial institutions there can no longer deal in cryptocurrencies.

RBI and Indian regulators had previously issued stern warnings regarding the use of cryptocurrencies and voiced concerns about the possibility of the asset class being used for the purpose of laundering illicit money.

“The RBI had caused significant outrage when it first announced its plans for a ban April 6. Today (Tuesday), the Supreme Court confirmed its willingness to hear a petition against the move on July 20, Bitcoinist previously reporting on the concerted effort to demonstrate the RBI was acting on insufficient understanding of the market,” according to Bitcoinist.