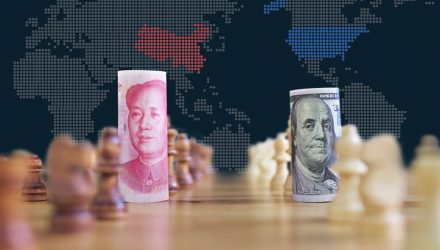 President Donald Trump’s statement on China’s new national security law for Hong Kong fueled concerns that Washington and Beijing could backtrack on their Phase-1 trade deal, sapping the strength out of a market rally on optimism over a potential coronavirus or COVID-19 vaccine and a gradual return to normal economic activity, Reuters reports.

“It’s a bit of a push-pull as there’s some positive news from a healthcare perspective at least, but then we also have the rhetoric ramping up with China,” Paul Nolte, portfolio manager at Kingsview Asset Management, told Reuters. “Investors may be a little bit nervous, may pull in their horns ahead of a three-day weekend.”

The proposed national security la would challenge the financial hub’s one country, two systems model. Additionally, it increased tensions with the U.S. after congress condemned the move, with senators pushing to impose sanctions on Chinese officials and institutions involved in undermining Hong Kong’s Western-style rule of law, the Wall Street Journal reports.

“The market had gotten kind of used to dealing with the coronavirus and terrible economic indicators, but potential disruption from a trade war is proving to be too much for sentiment,” David Madden, a market analyst at brokerage CMC Markets, told the WSJ.

Nevertheless, the major indices were still on track for a weekly gain as all 50 states have begun rolling back lockdown measures, adding to hopes of an economic rebound as business picks up.

“We’ve been aggressive buyers” of stocks, Dev Kantesaria, founder of Valley Forge Capital Management, told the WSJ “I believe a year from now we will be back..almost at old levels for the economy.”