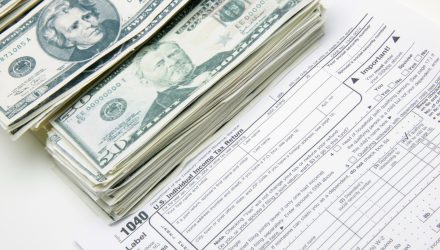 The GOP Tax Cuts and Job Act was passed in the Congress and signed into law by the Trump Administration. The bill marks the largest tax overhaul in thirty years since 1986. Although the timing and fairness of the tax cuts are debatable, the bill will provide a boost to corporate earnings, and thus the stock markets.

The permanent corporate tax rate reduction from 35% to 21% and 20% deduction on passthrough income will help US businesses and shareholders. But the effect will vary across different sectors, industries and companies. In general, the companies that generate most of their profits domestically and pay the highest effective tax rates will benefit the most. However, some details of the act may have positive or negative impacts as well. Here are some of the implications for each sector.

Consumer Products: The bill is a win for the consumer products and retailers, especially the consumer discretionary sector. They pay some of the highest tax rates because many generate the majority of their income domestically. In addition, lower individual taxes will be likely to boost the demand for their products and services. The tax cuts for the wealthy may foster consumption on luxury goods and other discretionary spending.

Energy: Many oil/gas production and exploration firms may not be able to benefit much because they are not profitable. However, the energy infrastructure firms, often organized as master limited partners (MLPs) may benefit from the lower passthrough taxes.

Healthcare: The bill is not a clear win for healthcare.  Health insurers and hospitals, normally pay high taxes, will get significant deductions. However, the removal of Obamacare individual mandate is likely to decrease the number of insured people, which means fewer paying customers for hospitals and other healthcare providers.