You are at:Home»Equity ETFs»How Sector Changes Affect These iShares ETFs 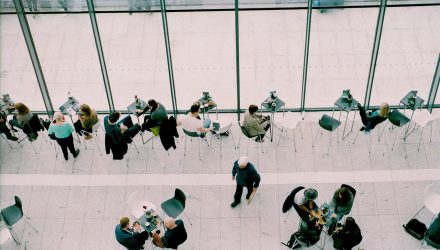 The communication services sector is here and with it come some significant changes for various exchange traded funds.

“Some high-profile stocks will be assigned to new sectors after the reclassification. Facebook and Alphabet will move from Information Technology to Communications Services in GICS-tracking indexes,” said BlackRock in a recent note. “Meanwhile, Netflix will move from Consumer Discretionary to Communications Services. None of what the media has dubbed the FANG stocks (Facebook, Amazon.com, Netflix and Google parent Alphabet) will be classified as Information Technology after the GICS changes, perhaps a surprise to those who think of internet innovation as ‘tech.’”

“The majority of iShares sector-focused ETFs do not follow GICS indexes, and so are not directly affected by the changes. For instance, the iShares U.S. Technology ETF (IYW), which seeks to track a non-GICS Dow Jones index, will continue to include Apple, Microsoft, Facebook and Alphabet,” according to BlackRock.

IYW has $4.42 billion in assets under management. The $1.67 billion iShares North American Tech ETF (IGM) will continue providing exposure to the likes of Alphabet and Facebook.