You are at:Home»Featured»How Likely Is This Stock Market Rally to Continue Unabated? 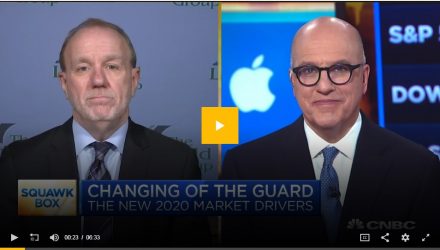 How Likely Is This Stock Market Rally to Continue Unabated?

“The point that I think people have to think about is: as you get a momentum rally, which is where I think we are because fundamentals are still deteriorating, do you buy into that momentum rally or do you sell into that momentum rally? And I think all we’re doing is calming down as we get these momentum fears,” said Bernstein on CNBC.
Jim Paulsen, chief investment strategist at the Leuthold Group, sees the market continuing it’s ascension, where the S&P 500 could ultimately reach somewhere between 3500-3600.
“I’d like to see some pressure on the market before I get too overly cautious for this market. In other words, I think the fundamentals might be even improving right now. We’re seeing economic surprise and decease pickup, The OECD world economic indicator has bottomed out and picked up overall. We’re certainly seeing better reports in the United States with a clear acceleration here going on. We might do 2.4% growth for the full year,” Paulsen said on the same segment.
Despite the tensions in the Middle East, which Bernstein believes may generate inflation problems, Paulsen sees the economic backdrop for markets as steady to positive.
“What is to take the market down right now? Are bond yields going up to much? Are short term interest rates rising too much? Is inflation a real threat right now for the stock market? Is there too much tightening by the federal reserve? Is there too much tightening by fiscal authority? Is there truly just over the skis over the top optimism full on run into the stock market where everyone is going crazy? I don’t see any of that. And I think before we end this run, and at least we could always have a pullback, but I think before we end this run there’s got to be some pressure brought to the stock market, and I just don’t see it yet,” explained Paulsen.
While Bernstein acknowledges the current market environment, he urges investors consider where stocks may be in the future, based on the underlying data.
“When you manage money you have to try to say, what are people going to be talking about a year from today. And I agree with Jim that right now there’s nothing that’s glaring. There’s nothing that’s saying we should be under our desks in the fetal position. there’s nothing like that. But the question is, if corporate profits don’t pick up, what happens to employment? It’ll be the second year of basically flat to down earnings for major corporations. I don’t know any CFO who says I’m gonna hire people when my earnings are flat down for two years in a row. I think CFOs and CEOs will be under pressure to cut costs into manage the business spending,” retorted Bernstein.
For more market trends, visit ETF Trends.