You are at:Home»Investing»How Bitcoin Give Us New Words to Talk About Virtual Money 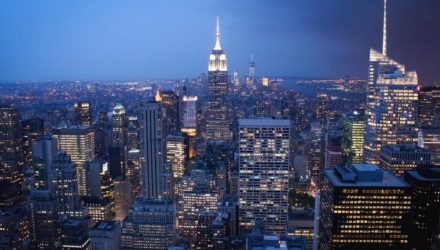 How Bitcoin Give Us New Words to Talk About Virtual Money

Bitcoin may be the currency of the future. Or it may be a giant speculative bubble getting ready to burst. Certainly it’s been volatile, with the price going from around $1000 at the beginning of 2017 to just under $20,000 in December before losing more than half its value in the next few weeks. By early February the price was down to around $6000 before rebounding to over $11,000 on February 19. With that kind of volatility, investors are likely in for a wild ride.

The actual value of a bitcoin at any given time is hard to track because it is unregulated except by participants and there is no single site or exchange that sets the bitcoin price.

I’m curious to see what will ultimately happens with bitcoin as governments and financial institutions come to terms with it and other virtual currencies. In the meantime, the need to talk about this digital money and the underlying technology that supports it has added some new words to the financial world’s vocabulary.

Among my favorites is cryptocurrency, which Investopedia defines as “a digital or virtual currency that uses cryptography for security.” So if you take the “crypto,” from cryptography, which is the “enciphering and deciphering of messages in secret code” and add “currency,” meaning money, we get really a secretly coded money.

A word you don’t hear a lot yet, but may if we ever get to the point where people are paying for their coffee at Starbucks with bitcoin is “satoshi.” It’s like the penny is to the dollar and represents the smallest unit into which a bitcoin can be divided (0.00000001BTC). The word is derived from the pseudonym, Satoshi Nakamoto, used by the mysterious developer of bitcoin.