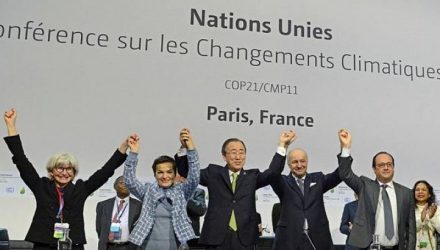 Surprising no one, President Donald Trump announced his decision to withdraw the U.S. from the Paris climate agreement last week, highlighting the depth of his commitment to keep “America First.”

Also surprising no one, the media is making much of the fact that the U.S. now joins only Nicaragua and Syria in refusing to participate in the accord.

Trump was under intense pressure from business leaders, politicians on both sides of the aisle, environmental activists, members of his Cabinet—even his own daughter Ivanka, reportedly—to stay in the agreement, but he made his decision with the American worker in mind. The Paris accord, Trump said, “is simply the latest example of Washington entering into an agreement that disadvantages the United States,” leaving American workers and taxpayers “to absorb the cost in terms of lost jobs, lower wages, shuttered factories and vastly demised economic production.”