You are at:Home»Featured»Hearing the Sounds of Uncertainty 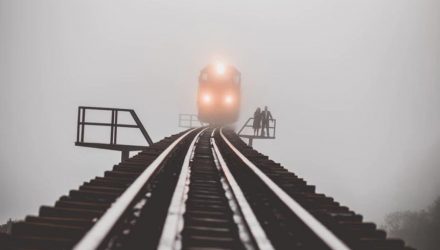 Hearing the Sounds of Uncertainty

Hello volatility, my old friend
I’ve come to talk with you again
Because presidential tweets softly creeping
Left its seeds while I was sleeping
And the stock market was filled
With uncertainty

That, in a nutshell, sums up the wide gyrations in the stock market this week as both President Trump and China engaged in a “mine is bigger than yours” round of tariff announcements. While the stock market attempted to shrug these off, the reality is additional rounds adds to what is likely to be tension filled talks as both sides look to claim victory while saving face.  Now let’s get into the nitty-gritty of the past week …

Monday the markets and the northeast of the U.S.A. took it on the nose, with the region getting a whopper of a snow storm and NYC getting almost 6 inches. The S&P 500 fell 2.2% and closed below its 200-day moving average for the first time in 442 trading days, ending what had been the sixth-longest streak of consecutive closes above the 200-day on record. Monday’s close also marked the worst start to an April since 1929, not exactly a rosy year for stocks, and left the market down 3.5% for the year with ten of eleven sectors in the red for the year and just 17% of S&P 500 stocks above their 50-day moving average.