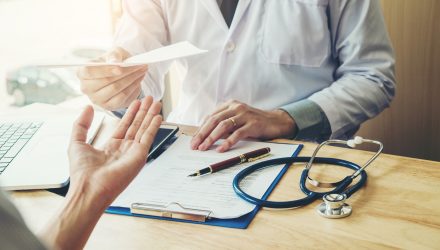 Healthcare stocks and sector-related ETFs strengthened Wednesday as a divided midterm election result would obstruct any progress in repealing the Affordable Care Act, or so-called Obamacare.

With the Democrats taking over the House of Representatives and Republicans widening their majority lead in the Senate, Congress won’t be able to take another stab at overturning the 2010 Affordable Care Act, which extended health insurance cover to millions of previously uninsured Americans.

Looking ahead, U.S. Senate Republican leader Mitch McConnell said Wednesday that healthcare would be among the top agendas for 2019, Reuters reports.