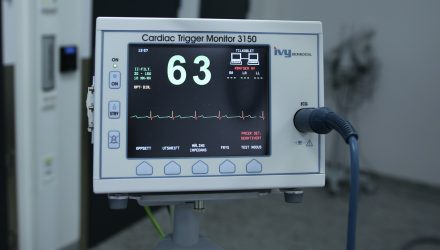 Healthcare Dip Could be a Buying Opportunity

Rivals to XLV include the iShares U.S. Healthcare ETF (NYSEArca: IYH). IYH holds nearly 120 stocks and tracks the Dow Jones U.S. Health Care Index. The ETF devotes almost 34% of its weight to pharmaceuticals stocks and another 23% to biotechnology names. Healthcare equipment names, one of the best-performing healthcare industry groups this year, are almost 19% of the fund’s weight.

XLV fell nearly 3% last week while the SPDR S&P Biotech ETF (NYSEArca: XBI), one of the largest biotech ETFs, was lower by more than 3%.

“The XLV Health Care ETF plummeted 4 percent this week, battered by news that Amazon, J.P. Morgan and Berkshire Hathaway had partnered to develop an employee insurance program in the years to come,” reports CNBC. “The announcement was seen as a potential disruptor to an industry already dealing with the uncertainties of health-care changes coming from Washington, D.C.”