You are at:Home»Featured»Has Profit Shifting Ended Due to Tax Reform? 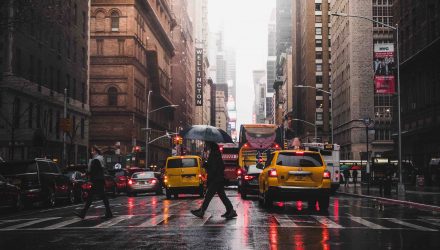 Has Profit Shifting Ended Due to Tax Reform?

By Levi Roethler and Dr. Sonu Varghese via Iris.xyz

President Trump and Congress passed a massive tax reform package in December 2017, which was the most far-reaching of its kind in recent history, especially with respect to corporate taxation. The new law slashed corporate tax rates from 35% to 21%, and made significant changes to the way international profits of US firms are taxed, all in a bid to have companies repatriate overseas profits and jumpstart investment spending in the US. This would boost productivity, which has been lackluster over the past decade and half, and eventually feed into higher wage growth – sending the trajectory of US economic growth higher.

One obvious question since then is whether multinational companies have in fact changed their behavior around funneling profits through tax havens. One quarter (which is all we recently got data for) is not long enough to gauge the full impact of the new tax law on international taxation but it does provide some clues as to what may be happening.

We first take a step back and look at how multinationals shifted profits around and the impact of this. We then review measures that were included in tax reform to prevent these, and finally look at what’s happened so far in 2018.