You are at:Home»ETF Strategist Channel»Growth Stocks Shine Even as Broader Market Remains Flat 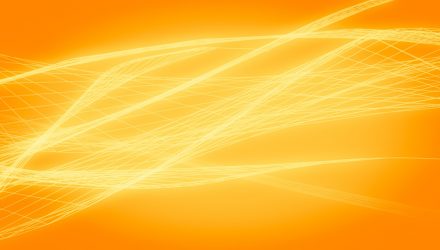 Plenty of positive news last week about the health of the U.S. economy. The most recent manufacturing PMI, leading economic index reading, and initial jobless claims were all better than expected. That said, existing home sales disappointed by falling sharply.

Overseas, economic data was mixed. The all industry activity index in Japan came in ahead of expectations, as did retail sales in Russia. But European data was disappointing, with consumer confidence and manufacturing PMI worse than expected.

In the U.S., equities were essentially flat for the week. Materials stocks were the top performers, as steel companies benefited from the potential for import tariffs. The technology sector also outperformed in anticipation of further consolidation among semiconductor manufacturers. In contrast, shares of consumer staples companies underperformed following weak fourth-quarter earnings reports. Two interest rate-sensitive sectors, real estate and utilities, also underperformed as rates rose on concerns about the Fed potentially tightening its monetary policy.

Internationally, Japanese equities outperformed as the yen finally weakened after months of strength. But emerging markets underperformed as investors reacted to the prospect of higher interest rates in the U.S. India, Taiwan and Indonesia performed particularly poorly among emerging markets.

In the fixed-income markets, corporate credits outperformed. International bonds underperformed, however, as the U.S. dollar rallied.

We increased our weighting to growth-style stocks in the Gain portfolios, and growth handily outperformed value for the week as technology and consumer discretionary sectors led the pack. We also sold our Japanese and dividend holdings, which have come under pressure lately, and increased our exposure to emerging markets and technology.

The broad-based bond market was also essentially flat last week. We shortened the portfolios’ durations and added to high-yield exposure.

Global stocks and bonds were flat week-over-week, leaving the trailing one-year performance spread at just over 18%. The broad-based fixed-income market has been facing major headwinds of late—the yield on the 10-year U.S. Treasury note has risen nearly 45 basis points this quarter—and is down nearly 2.25% so far this year.

Market expectations for inflation have remained muted despite media headlines about the possibility of rising inflation. For example, breakeven inflation rates—which are computed by comparing the prices of Treasury inflation-protected securities (TIPS) to regular Treasury securities—remain low, and rose by only a basis point or two following the last week’s release of the Fed’s minutes from its latest meeting.