You are at:Home»Alternative ETFs»Grains ETFs Snag a Boost from Chinese Demand, Weather Concerns 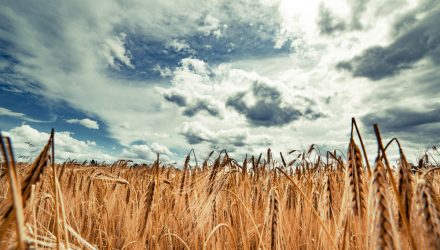 “There is some cold weather in the Midwest, that may impact some crops that have just been planted,” a Melbourne-based grains traders told Reuters, declining to be named as he is not authorized to talk to the media.

“There is dry weather in the United States and Canada,” Ole Houe, director of advisory services at brokerage IKON Commodities, told Reuters. “There are doubts around wheat crop in Canada and U.S. corn yields.”

Additionally, Russian agriculture consultancy Sovecon recently stated that it had downgraded its projections on Russia’s 2021 wheat crop to 80.9 million metric tons from 81.7 million metric tons as a result of its smaller winter wheat area and worsening weather conditions for spring wheat crop.

Meanwhile, on the demand side, China is importing more grains from the United States. The U.S. Department of Agriculture last week acknowledged that China has ordered over 5.6 million metric tons in new-crop corn sales, with no large-scale cancellations. There were speculations last week that China was considering a restriction on corn imports and might even cancel orders, but U.S. data has showed otherwise.

“As China has been making efforts to curb speculation, either in cryptocurrency or physical commodity markets, global corn markets had been under pressure. Suspicion increased that China might not require all the export sale tonnage currently booked in. However, yesterday saw the release of the anticipated weekly US export sales data, with little evidence of old crop cancellations,” Peter Collier, senior market advisor, CRM Agri, told FeedNavigator.