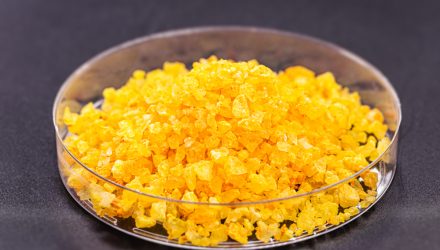 As recently as 2018, investors did not have an easy way to tap the uranium market. According to Rotolo, “We set about creating an index that was a one-stop shop for physical uranium and equities related to uranium mining. That was the genesis of the North Shore Global Uranium Mining Index (URNMX).” The index is roughly 80% equities, with 20% physical investment in uranium. “I wanted to create a single investment option that gave people exposure to as much of that uranium spectrum as possible and acknowledging that there will be times when physical uranium is doing quite well and provides a lower volatility option.”

The Case for Uranium

There are a number of reasons to dig into uranium right now. Rotolo noted that there is a short-term, secular investment case through the uranium shortage as well as a longer-term carbon neutrality thesis. Because uranium spent so much time in a bear market, its supply is quite low, while demand has been spiking thanks to nuclear power’s unique place in the energy market. While countries yearn to pivot to green energy such as solar or wind, those technologies don’t yet generate enough power to meet energy demand. Nuclear energy does.

Rotolo also described uranium as an investment diversifier. “I think uranium is a unique diversifier within the commodity space because it doesn’t trade in the same way with the U.S. dollar or gold does with real rates. It’s not necessarily an industrial commodity the way silver is.” Given the recent behaviors of the market, assets with low correlation are always worth exploring. Rotolo also noted, “The demand story is here; the supply story is here. Investors can have more comfort with holding a long-term position in uranium and looking at it as a diversifier against equities and their traditional commodity allocations.”

With the U.S. government investing $6 billion in nuclear power, and big names like Bill Gurley, Josh Wolfe, Elon Musk, and Marc Andreessen amplifying the message of nuclear energy, a long bull run for uranium could be just getting started.