You are at:Home»Gold & Silver Investing Channel»Uranium Could Be Key to Decarbonization 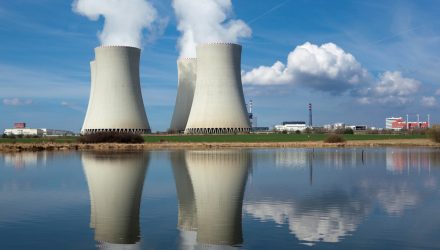 Uranium Could Be Key to Decarbonization

The Sprott Physical Uranium Trust (U.U) launched in July, and its NAV is already up 35.2% since launch. With decarbonization likely to be a dominant issue in the future, the sky is the limit for uranium.

A number of governments are serious about reaching net zero emissions, which has created an emerging bull market for uranium. For a long time, uranium has been verboten. A combination of the financial crisis in the aughts and the Fukushima disaster caused a global pivot away from nuclear as an energy source. Since 2019, there has been slow and steady increases in uranium prices, which has been accelerating this year.

Many investors might be apprehensive about the safety of nuclear power. Much of this stems from high-profile disasters like Chernobyl and popular media often depicting nuclear power as dangerous in the 90s through the aughts.

The reality is that the chance of radiation exposure is miniscule. In fact, a transcontinental flight will expose someone to significantly more radiation than a living next to a nuclear power plant for a year. Safety measures have evolved tremendously. Nuclear power also produces the least amount of emissions, beating out even solar, wind, hydro, and other green energy solutions.

Much of this efficiency comes from the fact that uranium is dense. A gummy bear-sized pellet of uranium provides as much energy output as three barrels of oil, one ton of coal, and 17,000 cubic feet of natural gas, which greatly mitigates the environmental costs, such as transportation.

The other key factor uranium has going for it is that nuclear power can be on and producing energy for most of the day. Solar panels don’t produce when the sun isn’t out, and wind turbines have fickle capacity, especially if the wind isn’t blowing much.

Demand About to Surge

Because solar and wind infrastructure isn’t yet strong enough to maintain our current grid — let alone account for ongoing energy consumption increases — nuclear power could be an essential stopgap for the worldwide pivot to green energy. Uranium mines have been idle for many years, given the long bear market, which means that secondary reserves of the substance are diminishing rapidly as demand increases. New uranium mines will not be able to come online fast enough to meet projected demand, which is expected to help uranium increase its value.

The Sprott Physical Uranium Trust currently holds $1 billion in AUM. It has over 25 million pounds of uranium, enough to power all of France’s nuclear power plants for a year — and France gets 70% of its electricity from nuclear power. U.U is the largest and only publicly listed physical uranium fund currently in the marketplace.