You are at:Home»Gold & Silver Investing Channel»Silver Is Slowly Becoming a Credible Long-Term Investment 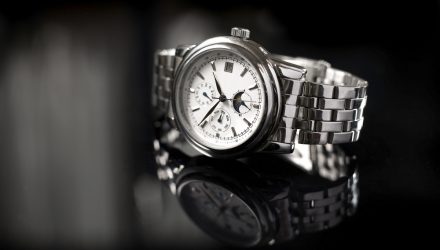 Owing to silver’s reputation as one of the more volatile precious metals, investors don’t often think of it as a long-term idea. However, they may want to reconsider that view with the the Sprott Physical Silver Trust (NYSEArca: PSLV).

See also: The Stars Are Aligning for Silver Assets Like ‘PSLV’

Sprott Physical Silver Trust often trades at a premium to net asset value (NAV). Closed-end funds can see large premiums and discounts, while exchange traded funds (ETFs) have an arbitrage feature that tends to keep prices much more in line. PSLV does possess some unique benefits however. Silver is gaining momentum as long-term idea.

“Like bitcoiners, those who really understand will become the new ‘silver hodlers’, and they will profit the most. If the recent silver rout has you worried, then a little perspective should help put your mind at ease,” reports Peter Krauth for FX Empire. “After all, silver’s in a long-term bull market. And those never go straight up. The great thing is, this one is still very young.”

Amid increased adoption of renewable energy sources, new, fast-growing end markets are emerging for silver. Translation: the expected influx of cash to the renewable energy industry thanks to Biden’s victory is seen as benefiting silver prices. Analysts are growing bullish on the white metal.

“If silver was going to crash, it would have done so by now, and we’d be back near $18. Instead, the metal’s been rangebound,” adds FX Empire. “The way silver has been behaving is pretty much par for the course. Silver investors need to expect more of it, not less. When the gold to silver ratio peaked at an all-time record high near 125 last March, it appears to have marked a turning point.”

The outlook is encouraging, and that could lure more investors to PSLV. Up almost 60%, PSLV is one of the most compelling silver funds on the market today.

“Silver is sensing this paradigm shift. On one hand, it’s reacting to the flood of fiat money that will be hitting our economies for the foreseeable future. It’s why worldwide holdings in ETFs jumped by 331 million ounces last year to reach 1.04 billion ounces, which is more than an entire year’s supply. The Silver Institute recently said it expects physical silver investment to reach a six-year high of 257 million ounces,” concludes FX Empire.