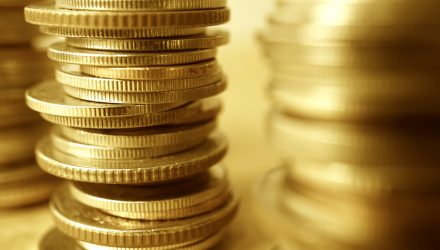 The latest “In Gold We Trust” report has been published, indicating that gold is still on track to end the year above $2,000 and push close to $5,000 by the end of the decade.

Analysts at Incrementum AG remain bullish on gold given the global rise in inflation that could could push the world economy into a recession and create a stagflationary environment. “Just as in 2018, when we warned of the inevitable consequences of the attempted turning of the monetary tides, we are now issuing another explicit warning. In addition to wolfish inflation, a bearish recession now looms,” the analysts noted in the report.

Seventeen of the last 20 tightening cycles have resulted in a recession, and most investors hewing to a traditional 60/40 portfolio structure are inadequately positioned to protect their capital. A 60/40 structure has only seen negative returns five times in the last 90 years, but with inflation very likely to hold above 5% throughout 2022, equity markets are expected to see continued losses. Meanwhile, according to the report, “the Federal Reserve runs the risk of overestimating the impact of rate hikes and balance sheet reductions on containing inflation, just as it has underestimated the impact of rate cuts on boosting inflation.”

Increased allocations to precious metals might be able to protect investors. Gold prices are up 1% on the year even as the S&P has lost 18%. “The historical performance of gold, silver and commodities in past periods of stagflation argue for a correspondingly higher weighting of these assets than under normal circumstances,” the analysts said. “But also, the relative valuation of technology companies to commodity producers is an argument for a countercyclical investment in the latter.”

Both metals should help hedge against near-term inflation and have long-term value, especially considering Russia’s invasion of Ukraine and its potential to shuffle geopolitical lines around the world. According to the report, “We think it is plausible that gold, as a neutral monetary reserve, will emerge as one of the beneficiaries of the troubling conflict between East and West. Gold will probably gain further acceptance as a reserve currency in many countries and increasingly establish itself as an anchor of confidence and purchasing power.”