You are at:Home»Gold & Silver Investing Channel»Consumer Demand Could Prop Up Gold, Miners ETFs 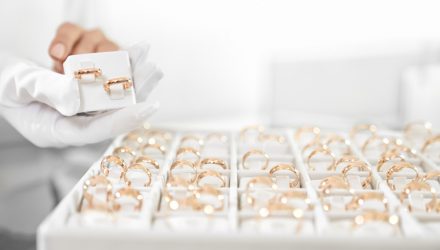 Rising interest rates and resurgent economic growth weighed on gold and bullion miners in the first quarter, but consumer demand for the yellow metal remains robust, and that could be a spark for the Sprott Junior Gold Miners ETF (NYSEArca: SGDJ) as 2021 moves along.

“The opportunity to buy at lower prices, relative to the highs seen last year, boosted consumer demand, particularly as many markets continued to emerge from lockdown and economic recovery lifted sentiment,” according to research from the World Gold Council (WGC).

With inflation heating up and the potential for interest rates to normalize, SGDJ has some short-term catalysts to consider.

That and the fact that junior miners are also viewed as inexpensive and credible takeover targets as large cap miners look to effectively replenish depleted reserves. And don’t forget the consumers and investors that opt for direct holdings.

Gold and SDGJ have some other favorable factors, too.