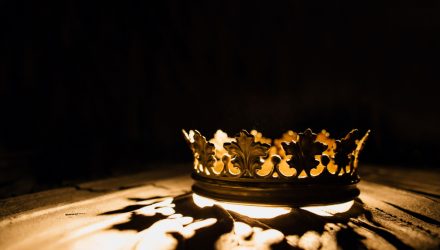 Influential figures like “Bond King” Jeffrey Gundlach can move markets with their words, and right now, Gundlach is erring on the side of bullishness when it comes to gold.

Gold prices have been stuck in somewhat of a holding pattern in 2021, but Gundlach sees a declining dollar paving the way for gold gains.

“My number one conviction looking forward a number of years — I’m not talking about the next few months at all, I’m talking about several years — is that the dollar is going to go down,” Gundlach told Yahoo Finance, per a Kitco News report. “The dollar going down is another reason why we touched on gold. I think ultimately gold is going to go a lot higher, but it’s really in hibernation right now.”

A lot of stimulus dollars have been pumping into the economy, and while this helps resuscitate a languishing economy amid a pandemic, Gundlach questions whether growth can actually be called as such.

“We have debt-to-GDP that is fueling the majority of our so-called economic growth. So, is it really economic growth when you borrow money or print money, send checks to people who turn around and buy goods on Amazon in addition to maybe paying down debt and speculating and these goods come in from China?” Gundlach said. “A lot of that consumption is going to China … That’s one of the reasons why China has such a strong economy. So, what we’re seeing in the United States is starting to fall behind in economic growth. That’s not a new thing. That’s been going on for a generation, the U.S. falling behind.”

Gold Exposure Without the Hassles

Investors looking for options in gold can look at an ETF like the Sprott Physical Gold Trust (PHYS). The fund comes with an expense ratio of 0.42%.