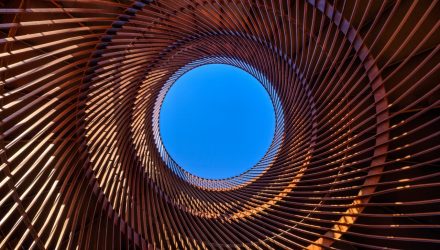 U.S. economic data was generally disappointing: initial jobless claims, the Empire State Manufacturing Survey and the Philadelphia Fed’s business-outlook survey were all worse than expected. Industrial production and retail sales bucked the trend, however, coming in better than expected.

Investors experienced some significant turbulence last week. Consumer staples companies were the best performers in the U.S. equity market. Small-caps also had a strong week, as progress was made in Washington D.C. on the new tax bill. However, energy companies suffered losses, as oil prices fell on news of higher-than-expected inventories.

In the fixed-income markets, corporate credits outperformed, as high-yield bonds rebounded from their recent sell-off. But municipal bonds underperformed, consolidating their recent gains as bond investors shifted into credit.

Stocks got off to a rough start last week, as investors worried about the prospects for a tax bill in Congress designed to cut corporate tax rates. Ultimately, the bill passed the House of Representatives, and global stocks recovered to finish the week roughly where they started.

It has been interesting to watch this year’s winners (such as tech stocks and emerging markets equities) sell off for a few days, only to then be bid up higher. The momentum trade seems to be alive and well.

Meanwhile, after a few tough weeks, high-yield bonds stabilized late last week. There is concern among some investors that the amount of new securities being issued in the corporate bond market is outpacing demand, and we will monitor this area of the market.

Judged by recent standards, last week was a roller coaster ride in terms of market volatility and investor skittishness. We saw evidence of heavy option-based hedging early in the week, due in part to investors’ concerns about weakness in high-yield bonds and because of technical selling pressure in the Japanese market. However, both of these scenarios reversed sharply later in the week—and markets erased their losses to finish the week flat.

While volatility increased among most major asset classes last week, returns for both global stocks and broad-based bonds were fairly flat again week over week. The performance gap between stocks and bonds remained high, around 18% for the year in favor of stocks.

Inflation data for October released last week showed consumer prices rising by 2% on a year-over-year basis—a result that was in-line with analysts’ forecasts. Core inflation remained low, at 1.8% year-over-year. That’s down from 2.3% back in January and lower than the Fed’s long-term target of 2%. Both numbers for October were down from the previous month, as expected, as the data normalized following the hurricane-distorted results from September.

These inflation numbers were not surprising, in aggregate. However, the Fed will likely need to see stronger numbers in November for all its members to be fully convinced that inflation is on the rise and healthy.

Investors chasing yield have experienced a wild ride lately. High-yield bonds were down all week before rallying on Thursday while long term bonds had a strong week. However, master limited partnerships followed oil prices lower—ending the week in negative territory. Meanwhile, REITs were relatively flat for the week.