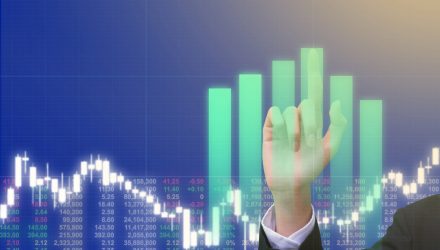 How to Invest in the Top 100 U.S. ESG Companies

The 2022 list of top 100 companies compiled by Just Capital, a non-profit that focuses on ESG investing research, was recently released and has some major movements compared to the year before. Noteworthy was both Alphabet’s ascendency to number one as well as Meta’s (formerly Facebook) fall to below 700 out of the 1,000 companies ranked, reports CNBC.

The top 10 companies for 2022 are Alphabet Inc, Intel Corp, Microsoft Corp, Salesforce.com Inc, Bank of America Corp, Paypal Holdings Inc, Apple Inc, NVIDIA Corp, Verizon Communications Inc, and Cisco Systems Inc. The full list of rankings can be found here. The top 100 companies are tilted towards technology and large-caps, with an average market cap that is 5.7 times the companies outside of the top 100.

“The bigger companies are in the spotlight more and face more pressure to lead,” said Martin Whittaker, the founding CEO of Just Capital. “And their CEOs are more vocal about what they are doing. … The stakes seem to be higher for them.”

The methodology used to compile the list included polling a sampling of 3,000 Americans to rank 20 different business issues and assigning the issues to the stakeholders impacted, whether they were focused on environment, workers, customers, communities, or shareholders and governance. Rankings were determined based on the score of the issues based on current priorities of Americans and included a list of 1,000 companies in total.

Company performance for each issue and stakeholder was generated from data collected in “as fair, unbiased, and rigorous a way possible, taking care to gather the best and most reliable information we can,” according to the Just Capital website. They use full transparency and give companies the opportunity to see their analysis and provide any updated information and feedback before the final list is compiled.

The complexity of ESG rankings can be seen in the fall of Meta, which scored well in worker data and environmental impact but was severely downgraded because of its handling of hate speech, misinformation, discriminatory speech, and other issues on its platform that it knew about but took no action to address. Many within the industry see it as a failure within the governance portion of ESG ratings and demonstrate the importance of looking at the overall picture.

On the flip side of that is Exxon Mobile, which broke into the top 100 despite lagging in climate issues. The polling this year had Americans placing concerns related to workers, such as living wages and local job creation, as the topmost priority, and they are all issues that Exxon Mobile ranks highly on within its industry.

“Climate is an important issue, but not the only issue,” Whittaker said.

The Goldman Sachs JUST U.S. Large Cap Equity ETF (JUST) is an ETF that seeks to provide exposure to U.S. large-cap securities with a focus on companies that are practicing “just business behavior” based on the Just Capital rankings. The fund seeks to track the JUST US Large Cap Diversified Index, which is market cap-weighted and consists of the top-ranked 50% of companies from the Russell 1000 Index by industry.

JUST carries an expense ratio of 0.20% and currently has 474 holdings.