You are at:Home»Future ETFs Channel»Green ETF Depth Matters in the Fight Against Warmer Temperatures 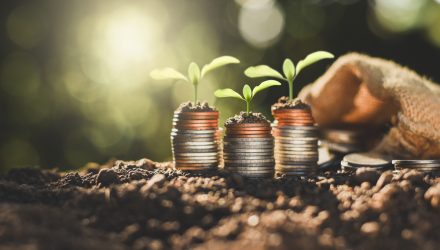 Green ETF Depth Matters in the Fight Against Warmer Temperatures

The U.N. Intergovernmental Panel on Climate Change’s (IPCC) most climate change review is nothing else if not straight forward. The report makes clear that swift and efficient action must be taken to reduce greenhouse gases.

The IPCC panel was released just a couple of months after publication of the IPCC Sixth Assessment Report (AR6), “The Physical Science Basis.” The AR6 report also makes abundantly clear that climate is being caused by human activity.

“The IPCC called the evidence marshalled by AR6, which included reviews of more than 14,000 studies, ‘indisputable,’” notes IHS Markit. “With information from new studies, the report for the first time singles out methane emissions as particularly harmful, and it delves in great detail into regional impacts of climate change.”

GSFP is actively managed and that’s an important trait because it’s going to take adaptability and flexibility for investors to thrive in an increasingly climate-aware landscape. Those traits are also relevant in the fight against climate change itself because significant, sustainable action is needed, and needed now.

“The likely range of total human-caused global surface temperature increase from 1850-1900 to 2010-2019 is 0.8°C to 1.3 degrees C, with a best estimate of 1.07 degrees C,” the IPCC report said. “Human influence has warmed the climate at a rate that is unprecedented in at least 2,000 years. It is virtually certain that the global upper ocean (0-700 meters) has warmed since the 1970s and extremely likely that human influence is the main driver.”

GSFP, which is about a month old, taps into the global nature of the fight against climate change as North American stocks represent just 42.4% of the fund’s weight. Indeed, GSFP’s positioning as a global ETF is relevant to investors because climate change issues and responses take varying forms around the world. Water issues serve as just one example.

“The report points out that melting glaciers will affect practically all regions of the world by adding to rising sea levels, which in turn increases coastal erosion and elevates storm surges. IPCC scientists say melting glaciers will have a pronounced effect in Himalayas, the Hindu Kush, and the Karakoram, which store 60,000 square kilometers of ice and store more water than anywhere beside the Arctic and the Antarctic,” according to IHS Markit. “Water impacts illustrate how wealthier nations must not only curb their emissions, but also help vulnerable nations respond to the climate impacts that already are occurring.”