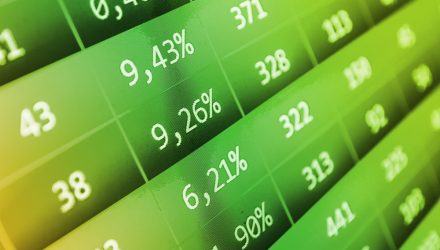 While there are obvious intersections between electric vehicles (EV) and renewable energy, these are two distinct investment themes.

As such, many exchange traded funds investors may opt to buy both a dedicated renewable energy ETF and one that focuses on the EV movement. With the Goldman Sachs Future Planet Equity ETF (GSFP), investors get exposure to both themes under one umbrella.

The actively managed GSFP features a concentrated lineup of 51 stocks, and while that isn’t the most expansive roster, it more than adequately addresses issues such as carbon emissions and climate change. Those are mainstream issues with deep societal and investment implications, underscoring potential opportunity with the Goldman Sachs ETF for long-term investors.

“The world is becoming warmer as carbon dioxide emissions have accelerated since the mid-20th century. COVID-19 might only be a foretaste of the kind of economic shocks and supply-chain disruptions that could be triggered by a climate crisis,” noted UBS analysts.

The research team highlights several EV and renewable energy stocks as being the best in their respective spaces, and several are members of the GSFP roster, including auto supplier Aptiv and German semiconductor maker Infineon Technologies.

“Infineon is a leading global supplier of onboard charger (OBC) semiconductors for electric and hybrid electric vehicles. While its dominance in this market is normally associated with Europe, it has captured 50% of the market in China,” according to UBS.

Infineon is GSFP’s tenth-largest holding at a weight of nearly 3%, while Aptiv, which makes high voltage components for electric vehicles, accounts for almost 2% of the fund.

On the renewable energy front, UBS is bullish on solar systems installer Sunrun and Xinyi, a Chinese producer of glass for solar panels and systems. Xinyi is a member of GSFP’s lineup.

“We expect these companies to outperform global equities due to superior growth potential driven by green investment,” said the UBS analysts.

With intersections between EVs and solar, other analysts are bullish on solar equities, too, indicating GSFP is onto something with its diverse lineup.