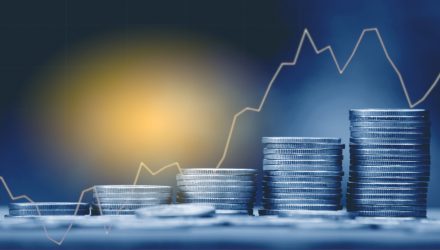 This year’s malaise endured by disruptive technology stocks won’t be a permanent condition. In fact, some market observers believe innovative technology names are, in some cases, offering rarely seen value following drubbings in the first half of the year.

That sentiment could indicate that the Goldman Sachs Future Tech Leaders Equity ETF (GTEK) is among the exchange traded funds worth considering over the near term. GTEK is a broad disruptive technology ETF, but it has exposure to automation, analytics, and security stocks. Those three are considered among the innovative industries with the most powerful long-term secular trends.

“We forecast the combined revenues of the three segments will grow from USD 386b in 2020 to USD 625bn in 2025, implying an average clip of 10% annually, higher than the mid- to high-single digits we forecast for the broader tech sector,” wrote UBS strategist Sundeep Gantori in a recent note to clients.

The actively managed GTEK holds 58 stocks, and while that’s a concentrated relative to some old guard tech ETFs, it’s relevant because that smaller roster size indicates that GTEK managers have conviction in the fund’s holdings. Additionally, the fund is actively managed, meaning that the managers can be responsive to emerging disruptive trends or allocate more heavily to important themes, such as analytics, automation, and security.

“We think investors would be best rewarded by investing in a diversified group of incumbents and disruptors exposed to the three key segments,” added Gantori. “We are reducing disruptors’ weighting to 10% (and increasing incumbents’ weighting to 90%) due to near-term valuation uncertainty amid a rising rate backdrop.”

While GTEK’s portfolio size is smaller than what many investors are accustomed to when it comes to tech ETFs, several of the fund’s components make the cut as names to watch. For example, UBS is bullish on cybersecurity giant Palo Alto Networks (NASDAQ:PANW).

“Longer term, we expect the company to gain share in the highly fragmented cyber security industry due to its differentiated platform and targeted acquisitions, as well as its increasing focus on cloud-based security solutions,” wrote Gantori of Palo Alto Networks.

As of September 9, Palo Alto Networks is GTEK’s largest holding at a weight of 3.6%. The UBS strategist is also constructive on Zscaler (NASDAQ:ZS) and Workday (NASDAQ:WDAY), which combine for 4.25% of GTEK’s roster.

“Being a leader in the cybersecurity space, we believe it is well positioned to capture secular growth trends,” said Gantori of Zscaler.