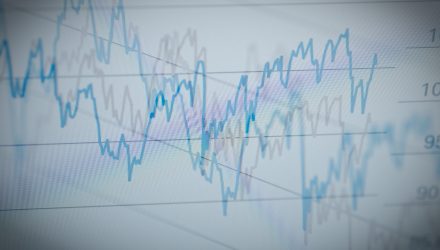 As if investors weren’t already racked by volatility due to inverted yield curves, the 2- and 10-year did its third inversion dance on Thursday after the 10-year note traded below the 2-year note. The inverted yield curve has been a solid recession indicator, which has been fueling an equities sell-off and a flight to safe-haven government debt.

Nonetheless, the economic data is sending mixed signals to the market, especially when it comes to the generational-low unemployment rate.

“With this very low unemployment rate, with wages rising, with the inflation rate staying close to the Fed’s target, I think we’re in a good place relative to the mandates that we’re asked to achieve,” Kansas City Federal Reserve President Esther George.

George also said the yield curve inversion could be the result of the Fed’s large balance sheet.

“I think the Fed still has a large balance sheet, and that could be putting some downward pressure on those longer-term rates,” she added. “We all know what the history is of inverted yield curves and the concern that they portend a recession coming. But in the context of a global economy that is weakening, I think that could be explaining part of it.”

Nonetheless, the Fed is certainly aware of the fretting that capital markets are expressing when it comes to inverted yield curves. After their last meeting in which a 25 basis-point rate cut was installed, their concern over the curve was made known via the published minutes of that meeting.

“A few participants expressed the concern that the inversion of the Treasury yield curve, as evidenced by the 10-year yield falling below the 3-month yield, had persisted for about two months,” the minutes read. The phenomenon “could indicate that market participants anticipated weaker economic conditions in the future and that the Federal Reserve would soon need to lower the federal funds rate substantially in response.”

The default maneuver in today’s volatile markets is still seeking safe-haven assets, such as bonds. Investors looking to gain broad-based exposure to bonds can look at funds like the ProShares S&P 500 Bond ETF (NYSEArca: SPXB). The fund seeks investment results that track the performance of the S&P 500®/MarketAxess Investment Grade Corporate Bond Index, which consists exclusively of investment grade bonds issued by companies in the S&P 500.

IMFI follows the Invesco Multi-Factor Income Index. That benchmark “is designed to provide multi-factor exposure to fixed income securities in the following weights: 25% in mortgage-backed securities, 25% higher-quality US investment grade, 25% high yield, and 25% emerging markets debt,” according to Invesco.