You are at:Home»Fixed Income Channel»Why Risk Assets Are Not Reacting Dramatically to the Inverted Yield Curve 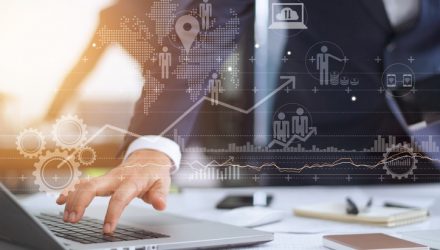 Wall street economists also took note by reducing their GDP estimates for the remainder of the year. The difference in yield between 3-month and 10-year U.S. Treasuries is a closely watched relationship. When negative, meaning short-term yields are higher than long-term yields, recessions have traditionally occurred.

This notion has largely been shrugged-off by risk asset markets such as credit and equities, where we’ve seen some softness over the past few weeks, but not so much that would indicate a recession is in the immediate future.

Why the disconnect? Look no further than the Federal Reserve for the answer.

Bond markets are currently pricing-in nearly two rate hikes before the end of the year, which investors believe will have the effect of keeping this expansion running for a while longer. Key to the Fed engaging in monetary easing is inflation, which is running below the FOMC’s long-term targets. We are also watching the financial conditions index, which measures the health of the financial markets and includes metrics such as stock volatility, credit spreads and currency. This metric has declined in recent weeks, but not to levels of early 2019, when the Fed infamously pivoted their expectation from tighter policy to neutral policy.