You are at:Home»Fixed Income Channel»Why Investors Care so Much About a Few Dots 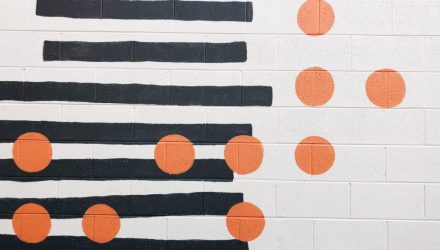 Why Investors Care so Much About a Few Dots

The Federal Reserve Open Market Committee (FOMC) met this week and as widely expected, announced a 0.25% increase in the Federal Funds Rate (FFR). This marked the third increase of 2018 and bring the targeted range for the FFR to 2.0-2.25%. With this action fully priced into the market, all eyes were on the Fed’s forward guidance, particularly the committee’s expectation for the FFR in 2019.

The most recent expectation from the Fed is for one more increase this year, and another three next year, which would bring the FFR above 3%. Individual committee member rate expectations are represented as dots on the below chart, which makes these dots the main attraction for many investors. 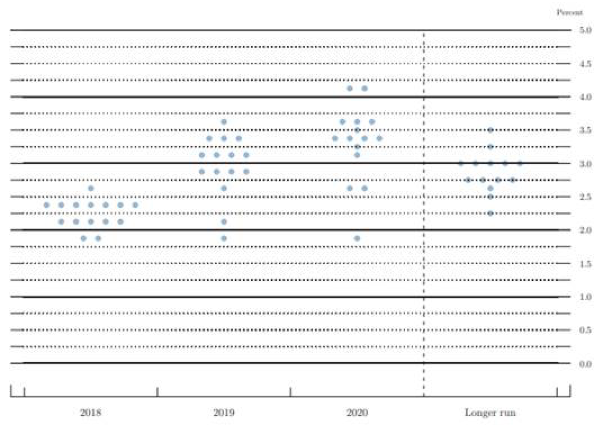 So why does this matter so much? With the economy humming along nicely this year and inflation well contained around the Fed’s target level of 2%, the FOMC appears to be using this opportunity to bring the Fed Funds Rate to a normal level, after being at the zero bond for years post the financial crisis.

This action does not come without consequences, however. In recent weeks we have seen a spike in volatility in emerging markets, which many market participants are ascribing to the tightening of monetary policy by the Fed. The economic boost that fiscal stimulus has brought will also begin to wind down in 2019. And don’t forget the yield curve, which has flattened to very low levels. Another four hikes in the next 15 months would likely cause the curve to invert, which has historically preceded a recession.