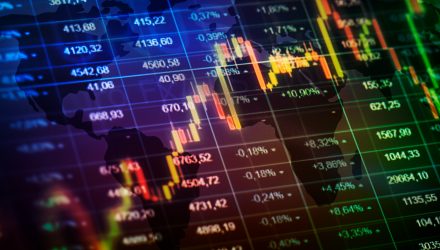 Why Bond Owners Should Worry

Editors Note: This article was republished with permission from Value Walk.

I can’t help but worry about investors who are long bonds. Judging by the $2 trillion of inflows into bond funds since 2009, there are quite a number of them.

I attended the InsideETF conference in Florida – the world’s largest ETF conference. I was lucky to be one of the presenters. I also sat in a few sessions to hear specifically what fixed income portfolio managers were saying. The majority of them made a case for owning the asset class (not surprising) which I completely disagree with.

Trump’s tax plan is inflationary in nature and inflation is just plain awful for bond holders. Interest rates have found a bottom and are rising as economic growth around the world improves. Again, not a good combination for bond holders.

The people who purchased $2 trillion of bonds unfortunately have paid some pretty horrendous prices for them. Your entry point is everything in this game.

Luckily, investors of Astoria don’t have to worry because we have modeled for this since day 1. From the day Astoria was launched, we have been vocal in saying that we want to own as little fixed income exposure as possible for our investors.

To be clear, we do own a very small amount of bonds but its 1) mostly out of benchmark (so funding risk is minimized if the $2 trillion inflows reverse) and 2) what we do own is short duration.

The real story and value add of what Astoria is doing is that we are replicating the risk characteristics of fixed income securities via other asset classes. For elements of carry, we are using commodities and emerging market debt. For diversification and hedging, we are using liquid alternatives, gold, and the long bond (the latter is less than 2.5% of our portfolio).