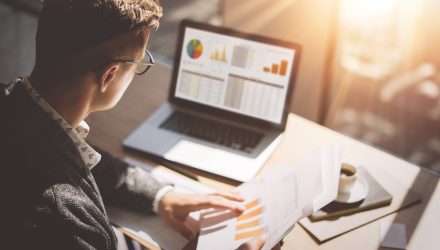 There is a great deal that contemplating late cycle market dynamics can you about where to invest your money.

I could probably count on one hand the number of songs – that for whatever reason, I might stomach on repeat indefinitely. For What It’s Worth – by Buffalo Springfield, is one of them. I say this, because the opening refrain from the more than 50-year young classic, “There’s something happening here/ What it is ain’t exactly clear,” has been rattling behind my thoughts over the past month or so as I consider a few key markets and the mounting opaqueness of the current macro environment.

Somehow I’m sure Steven Stills would be immensely disillusioned with the connection, perhaps something along the lines of – “It’s a protest song, pal – not a meditation on markets.”

That being said, and for what it’s worth… this uncertainly is more typically the case when strategists contemplate late-cycle market dynamics – and likely even more so today in the wake of less conventional monetary and fiscal policy approaches that have clearly muddled future growth and inflation expectations over the past decade.

What I’m struggling with presently, is in light of the most recent and once again tepid inflation data through February, the reality remains that for all of their extraordinary efforts, central banks worldwide have had relatively marginal influence on raising inflation and real growth.

This truth is becoming harder to disregard with each passing monthly report, because despite a US economy operating at or beyond full employment – and within a mature and now synchronized global expansion, inflationary pressures have yet to materially surprise to the upside.

Although markets became turbulent in February as attention turned to rates and the long-end of the curve, real yields also rose swiftly as growth and inflation expectations underwhelmed and were outstripped by nominal yields.

Historically, real yields typically tend to rise with equities as growth expectations improve in the economy. While admittedly the window for interpretation is quite narrow and opaque, one could make the case that the opposite might be playing out today.

In fact, when we look back at the past two years where the Fed has moved off of ZIRP and away from the extraordinary policy accommodations extended after the global financial crisis, real yields and benchmarks of underlying financial conditions have broadly declined even as the Fed has raised rates – arguably, because inflation and growth expectations rose more.

Whether this was more or less a transient psychological boost away from the crisis policy stance maintained in the markets, rather than a material structural improvement in the economy – will be left to the historians and future noble laureates to debate and wrestle over in the decades to come.

What’s concerning today as investors, however, is what this market dynamic might imply about the underlying health of the economy and the Fed’s resolute focus on maintaining future rate hike expectations this year and over the long run, despite the reality of underwhelming inflation and growth conditions.

Moreover, considering the President’s recent tack towards more partisan economic advisors – like Larry Kudlow and David Malpass, the fantasy of higher growth expectations in an already mature and likely waning expansion becomes a dangerous strategy to double-down on.

While anyone that works within and around finance will be mistaken regularly by the relative uncertainly of markets and forecasts, both of these economists have found themselves pushing policy initiatives and perspectives on the wrong side of history on more than a few pivotal occasions.

We expect Kudlow’s latest outlook of 4 to 5 percent growth, and that – “We’re on the front end of the biggest investment boom in probably 30 to 40 years”, to have the same accuracy as his late-cycle predictions in 2007 and 2008.

“There’s no recession coming. The pessimistas were wrong. It’s not going to happen. . . . The Bush boom is alive and well. It’s finishing up its sixth consecutive year with more to come.” – December 7, 2007

“Banks are taking significant steps to repair their balance sheets. Even though some people might not be happy with the speed, the reality is things are improving.” – January 16, 2008