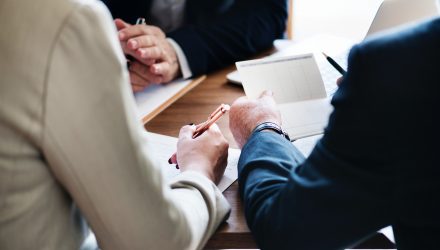 What Do Inventories Tell Us About the Economy

One benefit of factor investing lies in the cyclical nature of factors. Because various factors tend to perform differently depending on economic conditions, investors can harness these attributes to their advantage.

For example, value and momentum stocks have often been better-suited for periods of expansion. This is because value strategies tend to invest in cyclical stocks that may benefit from faster economic growth, while momentum strategies operate under the premise that stocks with strong recent performance may continue to outperform over the near term.

It’s my view that the current inventory cycle provides a favorable backdrop for equity prices and makes a compelling case for both value and momentum strategies.

Inventories as a gauge of economic expansion

In recent weeks, the year-over-year growth rates for two inventory-focused ratios have declined — the inventories-to-sales ratio and the durable goods inventories-to-shipments ratio. In my view, these declining ratios could point to an economic backdrop that supports profit growth.

Historically, a declining growth rate in the inventories-to-sales ratio has coincided with increased economic output, as we see in the chart below. Declining inventories relative to sales indicate that demand is outstripping supply — signaling companies to boost production. The opposite is also true. Rising inventories relative to sales can be interpreted as a sign that demand is weak — potentially signaling the need for companies to reduce production. 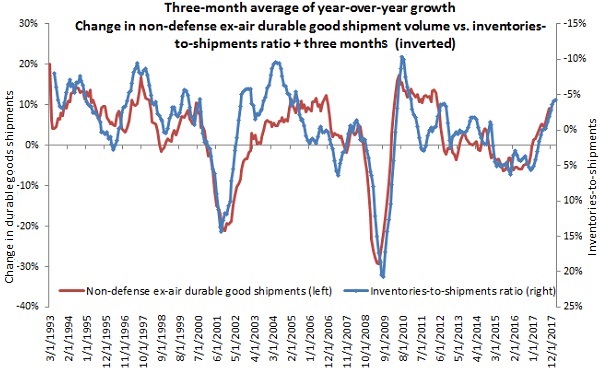