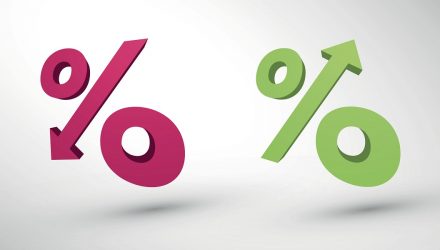 What An Inverted Yield Curve Means For Investors

The closely watched 2-year and 10-year Treasury curve is just 2 basis points away from inversion, a phenomenon viewed by many as a recession indicator. Investors are now pressing for higher interest rates on short-term debt than they are on longer term debt, a phenomena known as an “inverted yield curve.”

The yield on the benchmark 10-year Treasury note hit 1.685%, just above that on the 2-year security at 1.665% and bringing the spread between the two yields to just 2 basis points. It narrowed to a fraction of 1 basis point earlier in the session. 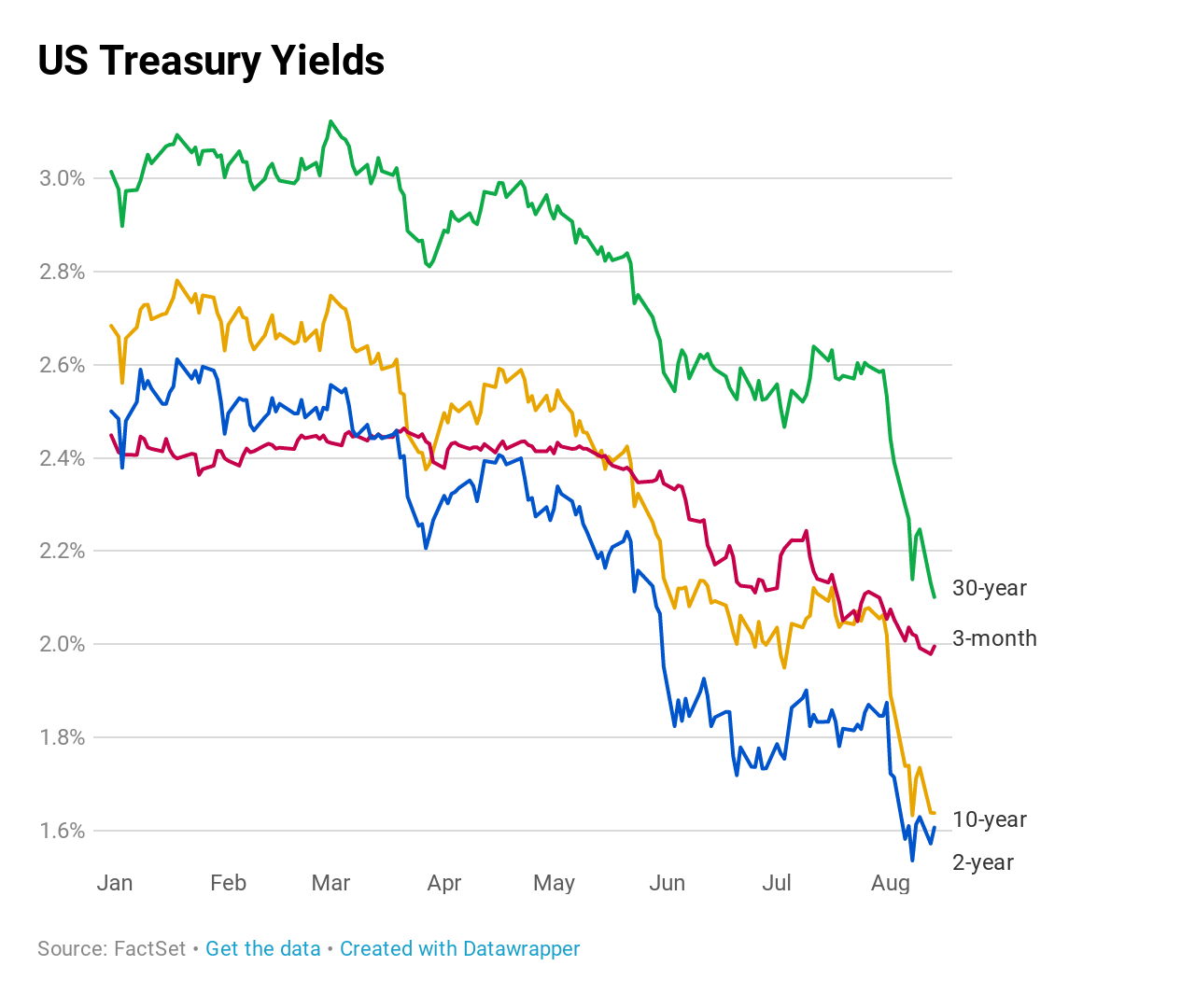 Nevertheless, economic growth remains steady and the labor market strong, stoking debate among investors about what the signal means now.

The yield curve has generally inverted before recessions, creating a sense of fear, and a stoking a flight to safety among investors. The curve’s return to a positive slope also tends to follow a pattern, where as the Fed cuts interest rates, reducing the cost of short-term borrowing, longer-dated yields tend to rise. This helps renew expectations for growth and inflation.

The interesting thing is that stocks often will persist in rallying after the yield curve inverts, because short-term yields often rise above longer-term yields well before the economy shows signs of slowing down. This creates confusion with investors however, who are left unclear about whether the yield curve’s historic role in prognosticating future recessions applies to current conditions. That has been the case this year, as stocks have continued to rise as the economy expanded at a 2.1% annualized pace in the second quarter after the curve inverted in March.

There is often a substantial lag between when the yield curve inverts and when a recession occurs though, with as much as nearly 2 years in-between, to as little as 8 months. This confuses investors, who likely see everything as stable.

“The US equity market is on borrowed time after the yield curve inverts. However, after an initial post-inversion dip, the S&P 500 can rally meaningfully prior to a bigger US recession related drawdown,” wrote Bank of America technical strategist Stephen Suttmeier.

Investors looking to stave off the effects of a yield curve inversion can seek out safety or diversification with investments like gold and emerging market ETFs like SPDR Gold Shares (GLD), iShares Currency Hedged ETF (HEEM) or the iShares Emerging Market ETF (EEM).