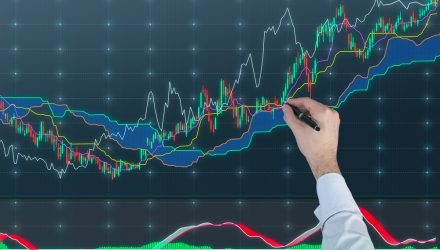 Eurozone government bonds have been rising in recent weeks on fears of a slowdown in Europe. Fixed income investors can also diversify with the strengthening global debt markets through international bond exchange traded funds.

Yields on the benchmark 10-year German bund dipped to negative 0.483% Monday, its lowest level in over five months, the Wall Street Journal reports. In comparison, yields on the German bunds rose to a high of minus 0.108% back in May. Bond yields have an inverse relationship to prices.

Investor demand for European sovereign debt rose due to a weakening outlook for the region in response to the Covid-19 Delta variant. Many are concerned that governments could reinstate broad restrictions and curb social activity and travel. Europe has also been struggling to stimulate its low inflation figures, which has helped fuel bets that the European Central Bank could maintain bond purchasing program and keep interest rates low even after other major central banks begin tightening their monetary policies.

“If we get additional easing out of the ECB, then it should be supportive for European bonds,” Iain Stealey, chief investment officer for fixed income at J.P. Morgan Asset Management, told the WSJ. “It’s very different to other central banks around the world—such as in the U.S., Australia, New Zealand, Canada, the U.K.—where inflation is expected to pick up and they are talking about the need to normalize.”

“The U.S. is certainly going to taper in the next six months,” Andrew Mulliner, a fixed income portfolio manager at Janus Henderson, told the WSJ. In contrast, the ECB is “a central bank that’s very unlikely to raise rates any time soon.”

ETF investors interested in international bond exposure can look to the iShares International Treasury Bond ETF (IGOV), which seeks to track the investment results of the S&P International Sovereign Ex-U.S. Bond Index. The underlying index is a broad, diverse, market value-weighted index designed to measure the performance of bonds denominated in local currencies and issued by foreign governments in developed market countries outside the U.S., with a heavy emphasis on European debt.