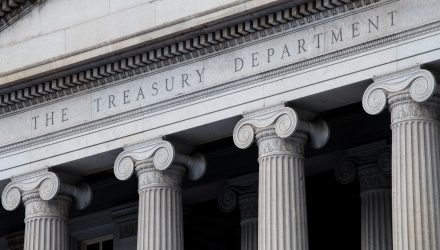 “The SPDR Bloomberg Barclays 1-3 Month T-Bill ETF, ticker BIL, had the largest inflow since 2011 on Monday, with $581 million coming in. The fund has attracted more than $1.7 billion this month, putting it on track for the largest monthly inflow since August 2011,” reports Bloomberg.